OZ Racing is one of the most familiar brands in motorsport wheels. It was established in the 1970s, and its association with both Formula One and the World Rally Championship began in the 1980s. Across various disciplines, vehicles wearing OZ wheels have secured more than 150 title wins.

This set of original OZ Racing F1 alloy wheels, which are believed to date from the 1990s. Indeed, the design appears to be the same as the wheels used on Benetton racing cars of the early ‘90s, for example.

The wheels measure 9.5Jx13in for the front and 12Jx13in for the rear, and have a tapered five-spoke design. They have all been repainted black in recent years, accented by yellow ‘OZ Racing’ decals. It is thought that originally they would have had full yellow rims.

Today, they present in good condition for their age, with some minor damage around the edges of the rims, and a general ‘patina’ throughout. Mounted on the wheels is a set of newer Michelin tyres, which were intended for the A1GP racing series but were never used – though their age now means they are for display purposes only.

This set of OZ Racing wheels and genuine Michelin A1GP tyres would be a fun acquisition for any F1 enthusiast; either to add to a wider collection of motorsport automobilia, or perhaps to use as the basis for some automotive-themed furniture or artwork. 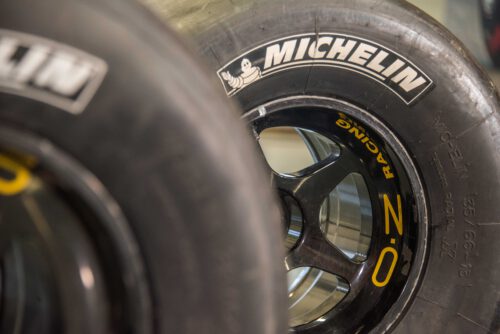 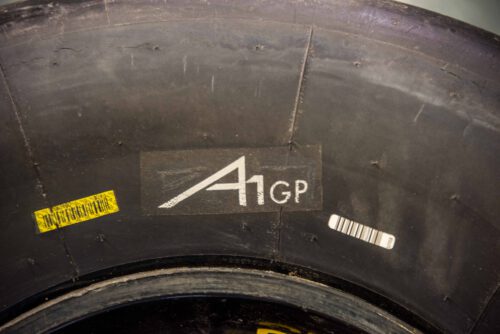 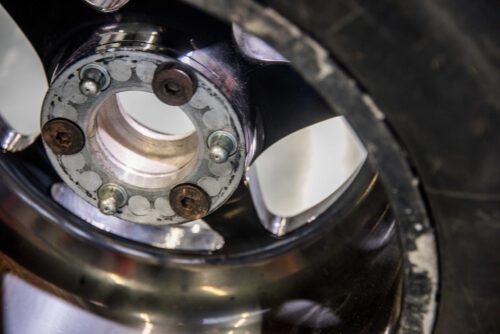 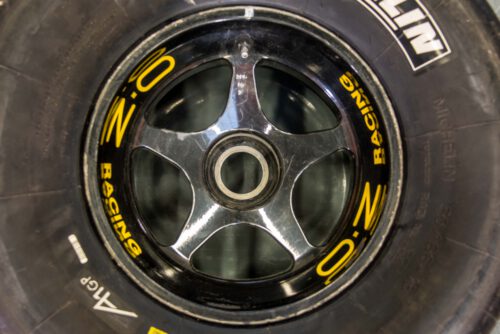 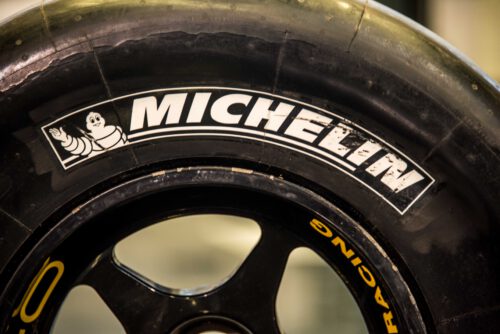 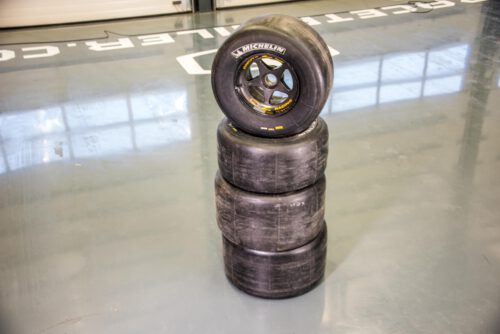 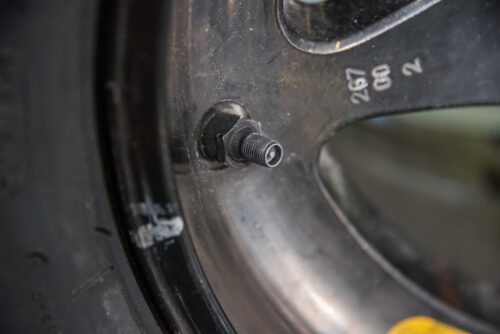 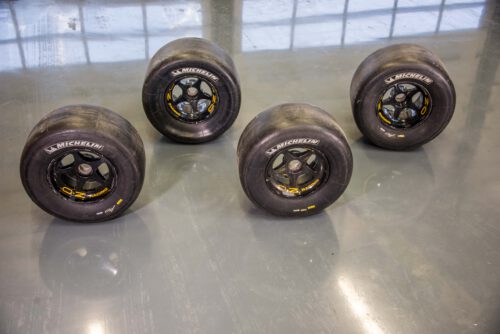 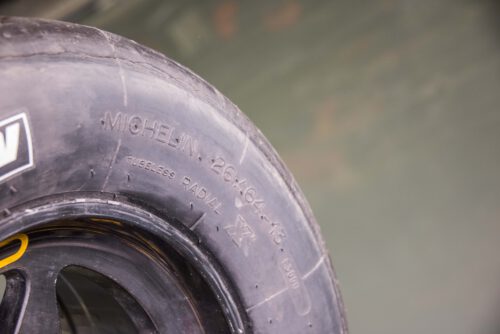 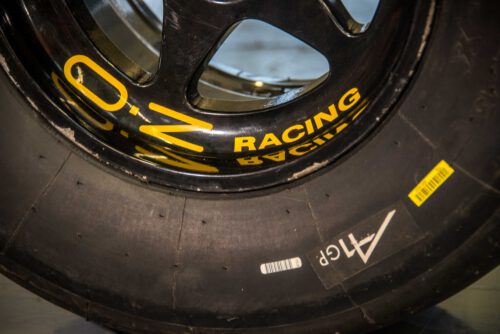 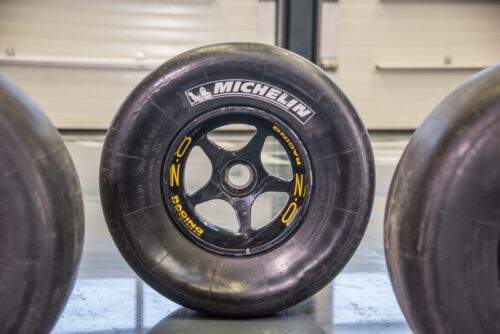 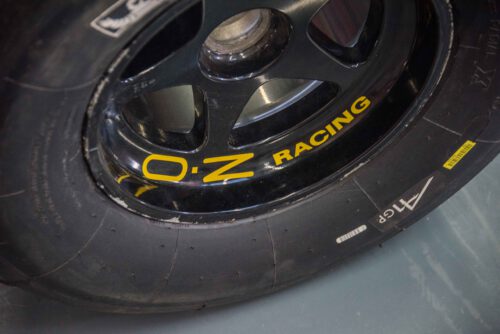 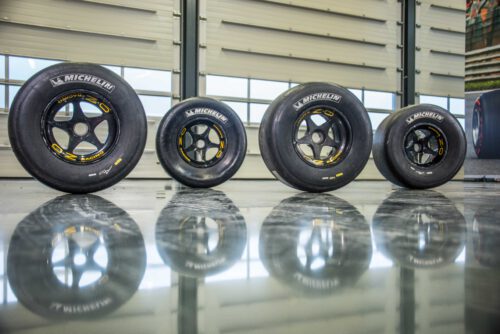